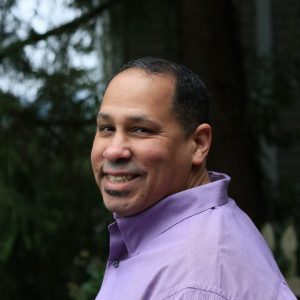 I am an entrepreneur. I love the adventure of building something that solves problems and delights markets.  I have been fortunate to be a co-founder, investor, or exec for four funded startups so far. And I’ve been able to advise and mentor several more.

I am also an African American. My father was born in Kenya, a descendant from several generations of Kikuyu in central region of that nation. My mother grew up in rural Maine, with white European ancestors who came from Ireland and Scotland to settle throughout the northeast of the North American continent.

I’ve always embraced my ‘unique’ heritage. I’ve found it a cool lens with which to view the world, and build my network. I’ve been able to bring that perspective to my startup experience as well. I must say though that I’ve not often thought that much about my background when grinding out day-to-day life in the trenches of startupville.

However, when I look around, I don’t see that many folks that look, sound and feel like me. I don’t feel like my background+journey should really be that unique.  So it’s made me ponder: Why is it?

When I look at traditional corporate America, I see an ever increasing presence of those who are of African descent – Native Africans, as a well as those of African ancestry from Europe, North and South America, Latin America and the Caribbean.  They are gaining experience and connections that can provide a nice foundation for an entrepreneur’s path.

Hmm. So what are the numbers?

The National Venture Capital Association (NVCA) published that a mere 1% of venture deals go to founding teams with one or more African American entrepreneurs.

Some common refrains from the investor community when asked about why portfolios reflect so little in the way of founders of color, particularly those of African descent:

“There aren’t enough out there.”

“We are looking but we aren’t finding”

“Where is the pipeline?”

“We fund the best teams, regardless of what they look like…”

So what’s going on? Are there really just fewer black entrepreneurs working on venture-backable, big opportunity ideas? Or do those startups fall under the radar of investors? Is it lack of awareness or just patterns matched that create blind spots?

As I float between Seattle and Silicon Valley, I see many companies out there that fit. And there are more than than just few well known like Walker Co, FLA company, and Blavity. When I attend conferences, demo days, and talks, I see diverse audiences of aspiring startup founders.

Precursor Ventures, New Voices Fund, and Kapor Capital all specifically seek founders that represent traditionally underrepresented groups. And Plexo Capital is backing OTHER funds that share that same investment focus. Can multiple funds with this thesis exist without depth of deal flow?

So I’ve set out to answer this question. I am going to identify and interview 100 startups led by founders of African descent.  Tap into their rich origin stories and profile their high potential. To make sure they are in the ballpark for venture backing,  we will focus on startups that exhibit the type of traction consistent with investment potential.

At least worthy of meeting. Investors might even find the exceptional. Who knows…

It’s time to turn the spotlight on the superpowers of these pioneering founders and their awesome stories. We will bend the focal point to shine on them. ‘Lack of awareness’ is now targeted for elimination.

And so we launch Founders Unfound.