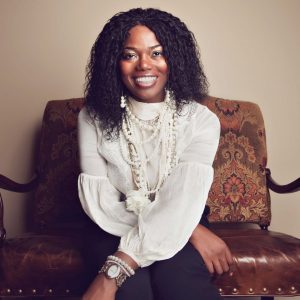 Based in Sacramento, CEEK Global Innovations is helping lead the way for mobile VR entertainment. CEEK VR simulates the communal experience of attending a live concert, being in a classroom, attending a sporting event and other ‘money can’t buy’ exclusive experiences with friends from anywhere at any time. Their mission is to make virtual reality experiences universally accessible and enjoyable. The award-winning enterprise has delivered VR experiences for the likes of Katy Perry, Quavo, and Lady Gaga. Most recently the company has developed blockchain-based ticketing for artists to sell access to virtual entertainment events they host or perform.

“…as an entrepreneur raising capital, I ran into challenges. When I launched Gen2Media, we were doing a million before beta. We had an investor come in to help us raise capital and he said he was having a hard time because no one was writing checks to black women and he needed a white male at the helm. Then he got my other partners (they were all equal partners) on his side and I was forced out of my own company.

This was a company I built with every dime I had. We had 26 employees. That was the toughest thing I have gone through, and it happened not because of something I did but because of who I am.

…I decided I really wanted to build my own company again. I participated in a Google for Entrepreneurs program and we visited Facebook and I saw the Oculus [the virtual reality headset maker that Facebook later purchased]. I always loved 3D movies. I tried it on and I said oh my god this is exactly what I want to do forever and ever. Everything was leading up to this point. It was religious for me. I said I would love to watch a movie this way, I would love to deliver education this way, healthcare this way. I said I gotta build something that I can enjoy this thing with.”