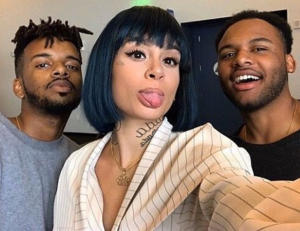 Flora is an app and community with a big mission — to make mindfulness enjoyable and accessible for all. Through gamification, the app incentivizes greener habits and environmentally-friendly behavior as members earn coins that can be exchanged for rewards and prizes.

Flora was created to be a go-to aid that supports a community member on their personal journey as an active, environmentally and socially conscious being. The mobile app empowers you to manage your personal day-to-day wellness by joining and completing challenges, connect, get support and grow with a community of likeminded individuals.

“R&B artist and now tech startup founder, Kehlani has been a very busy woman. Not only did she just announce her pregnancy, but today she is officially announcing the launch of her new app, Flora, an app that inspires young people to make positive changes in their lives.

Kehlani is joined by her co-founders, Reid Williams, COO, and Alaxic Smith, CTO and designer. They got the idea after the two started off with their own streaming service, where Kehlani conducted her first virtual release party. “We decided to come together and said hey, as a developer, a marketing strategist, communications guy and me, how could we do something that really benefits our generation,” stated Kehlani. That started the birth of Flora.”